PROBLEM:
Georgia International Convention Center’s land was bought by Hartsfield-Jackson Atlanta International Airport to build an additional runway. GICC had bought land to build a new center and needed to promote and advertise the new look and location.

RESULTS:
The image and awareness campaign and branding was a success.
The Ad campaign was a success introducing the new identity and location.
This attracted more attention to the area, driving more people to use the Convention Center. 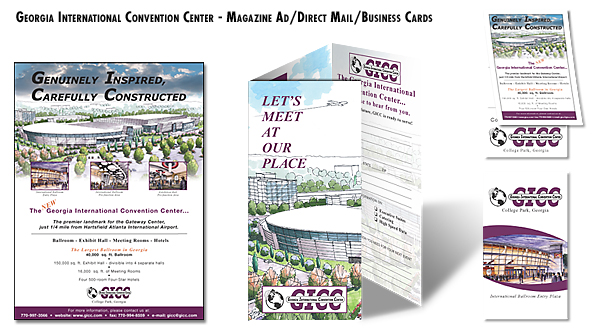